My first ever build of an application using Ruby on Rails.

Ruby was the second programming language I learnt following JavaScript and the Ruby on Rails framework was my introduction to web development on the backend.

This is not supposed to be a finished product but was part of the learning process of my web development course with Bloc covering core programming topics.

To create this application as a sole developer, working remotely, completing specific tasks outlined by Bloc.

It was time to delve into the world of backend development. Become more familiar with servers, databases, MVC1, routes and HTTP requests. And overall develop a far more holistic understanding of web applications.

Given my desire get to the bottom of things and understand the inner workings, I found this rather enjoyable, being able to trace and direct a users request all the way from the frontend through to the backend and back out to the frontend again.

On top of the above I was expected to implement TDD2 using RSpec.

I used Git to maintain a local repository of the project and a remote repository on GitHub, and used feature branches to ensure a smooth workflow and secure version control.

Lastly, I was asked to deploy my application on Heroku using their CLI, enhancing my knowledge of Hosting, DNS and Domain Names.

Building an application from scratch meant there were numerous tasks and problems that needed to be solved. Given the limited scope of this work I will attempt to name a few to give you an insight into the generic challenges faced and my approach to them. 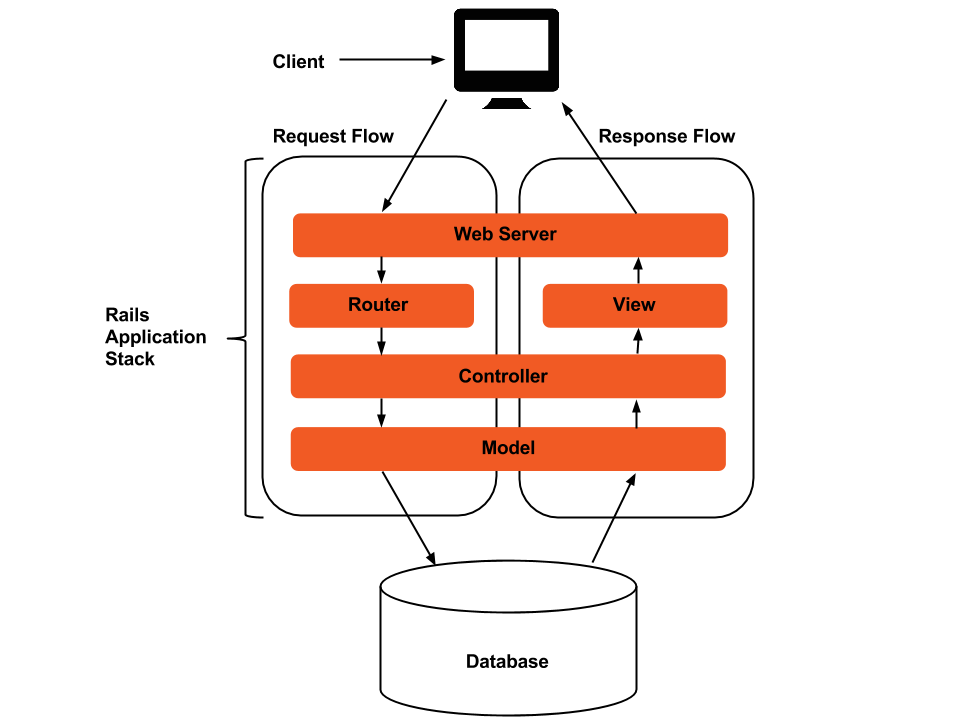 The first model I created is Post. Users should have the ability to submit posts to Going Postal with titles and descriptions, so the Post model and its corresponding database table will need two attributes: title and body.

In rails this produced three important files. The model itself as a Ruby class post.rb. The RSpec file for testing post_spec.rb and a migration file 20150606010447_create_posts.rb; the set on instructions for building the databse.

I then created the Comment model in the same way, only with two attributes. body and post_id. This last attribute on the Comment model allowed me to create an association in the database between Posts and Comments. Given that a post could have many comments, it made sense to store a foreign key (the id for the post that the comment was writte on) inside the row of each comment in the database. 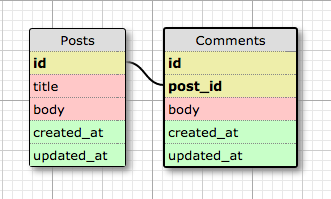 With the models set up and the database structured, I could continue to set about developing the frontend to allow users to submit posts and comments knowing that they would persist in the database.

2.  Populating your application with test data is a helpful way to spot bugs in development. This test data will consist of script-generated fake posts and comments, added to the development database only.

In future projects I utilised a Ruby Gem called Faker to create the fake data, but given this was my first Ruby on Rails application, Bloc ethos is to get you coding as much on your own as possible, so you can understand better what is going on under the hood, when you do eventually use these gems. In my opinion this type of learning is invaluable.

I first stubbed out the seeds.rb file to get a clear picture of how I would like the development database to be populated.

Now all that was needed was to create this RandomData module whose methods I could use to help populate the attributes in seeds.rb

I was now able to run

Which produced the following expected output:

Lastly, I jumped into the rails console

Allowing me to poke around the database, check were things were as expected and even sample some neat ActiveRecord methods.

3.  Completing this task would enhance my understanding of backend development, CRUD, and the inner workings of the Ruby on Rails framework.

I first generated the controller and the views with the following command:

This created a Posts controller with four actions or methods, index, show, new and edit. It also created views for each action, routes and an RSpec file for the controller. All of these would be neccessary for building the Posts resource.

A quick look at the routes helped me to build a clear picture of how the users would reach my action inside the controller on the backend.

The initial focus would be on the index action which the user would activate with this route:

Maintaining the principles of TDD I first wrote my tests for the index action:

Lastly, I utilised this Instance Variable @posts using ERB on the frontend to display the posts:

With these steps I begun to build out my post resource, which I then continued to develop.

Note: These were by far not the hardest problems or challenges faced when building this application, for more complex functionality please feel free to look over the source code on Git Hub. However, the idea is that you can get a feel for some of the problems and my systematic approach to them.

My main form of testing for my rails application was using RSpec. This helped me to catch any bugs far quicker and meant I didnt need to be overly concerned when refactoring my code or changing other features in the application. I also tested things using IRB and the rails console.

I was able to achieve the desired outcomes of the course project and more importantly I was really able to develop a solid foundation of understanding in Ruby on Rails and all the accompanying technologies, RVM, RSpec, servers, HTTP Requests, etc…

Feedback from my codementor was positive.

Initially I was concerened about the lack of visualisation when embarking on a backend project. This kind of myth that everything is happening somewhere out there behind the scenes and it will be hard to make sense of or track.

The truth could not have been more different. On the contrary, I felt that there was far more clarity and understanding of an application when working on it from the backend. It gave me a complete birds eye view of the project, allowing me to understand and juggle different pieces of the application. 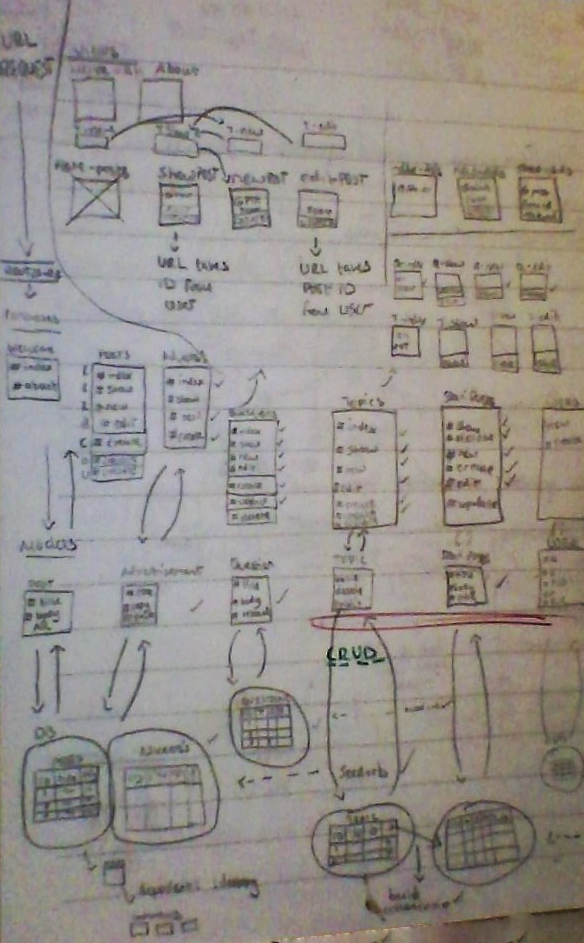 Arguably, I could have utilised many more Ruby Gems to produce certain features and functionality for Going Postal. However, being forced to create my own random data, authorisation and authentication for users, really helped me in understanding how these things work under the hood. As a result of this, in the future when I went on to use gems such as Faker and Devise, this helped immensely.

The biggest and most valuable learning curve whilst undertaking this project, was to really be able to build a working diagram of how the internet works.

Yes I actually drew this myself

To pull all the pieces together that until now had sometimes seemed disparate or incoceivable. This level of comprehension, although still developing, not only helped me on the backend but also with all the coding on the frontend.

Going forward, this ability to visualise the bigger picture, will not only to help me write better code but also help me to understand what part of the life cycle of my application my code is influencing.

1: The Model-View-Controller (MVC) is an architectural pattern that separates an application into three main logical components: the model, the view, and the controller. Each of these components are built to handle specific development aspects of an application.↩

2: Test-driven development (TDD) is a development technique where you must first write a test that fails before you write new functional code.↩